Google+
You are here: Home › About › Biography

Awura-Afua Ayesha Casely-Hayford was born in Battersea, London. She has a younger brother, Paa-Kwesi Bertrand Casely-Hayford. Both their first names are traditional names from the Fante tribe in Ghana. They are known amongst their friends and close family as Refi and Kes.

Their parents were born in Accra, Ghana. They came to London  in 1980 so that their father, Sydney Casely-Hayford, could attend university. Their mother, Uberta Casely-Hayford, returned to university as a mature student after having Ayesha and Kwesi. She is now a primary school teacher with over 30 years experience. Following a career with Price Waterhouse Coopers Sydney Casely-Hayford returned to Ghana in the 1990s. He continues to work as a financial consultant, analyst and columnist in particular establishing the Occupy Ghana movement. 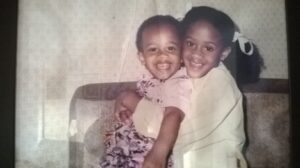 In 1987 Ayesha’s family moved away from London.  Ayesha and Kwesi spent the rest of their childhood and teenage years growing up in Strood in Kent, which is part of the Medway Towns. On many levels Medway was a far stretch from  the School in Soho where they had begun. Needless to say, it was less diverse. However, they settled easily and consider Medway to be very much a part of who they are. They both attended primary schools in Strood and went to grammar school in Rochester.

Ayesha left the south of England to study law at Hull University graduating with a 2:1 Bachelor of Law degree. She spent an ERASMUS year at the University of Antwerp in Belgium gaining credits in International and European Legal Studies.

Kwesi Casely-Hayford has been committed to football for as long as Ayesha can remember. He is now a Football Manager, UEFA- A-Licence Coach, and founder of Jus Ball Performance.

Ayesha returned to London to attend law school with City University at the Inns of Court School of law. She qualified as a solicitor of the Supreme Court of England and Wales in 2008. Following completion of her training contract with Kennedys Law Firm she moved to work at award-winning niche healthcare law firm Capsticks Solicitors LLP where she specialised in employment law.

In 2013, after an exceptional experience at Capsticks, Ayesha attended the London Drama School and obtained a diploma in Speech and Drama.

Ayesha and her brother are from a dynasty of polymaths. On their paternal side their great great grandfather J.E. Casely-hayford MBE, was a renowned journalist, editor, author, lawyer, educator and politician of the Gold Coast (pre-Ghana) era. Their grandmother, Adelaide Casely-Hayford MBE, was a Creole advocate, activist for cultural nationalism, educator, short story writer and feminist. Adelaide Casely-Hayford’s daughter, Gladys Casely-Hayford, was a poet, dancer, musician, and painter. 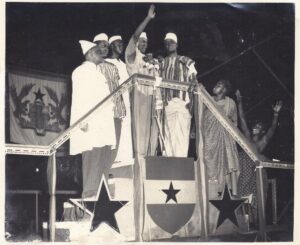 Ayesha’s legal roots continue to be drawn from her great grandfather, Archie Casely-Hayford, who was a British trained Ghanian barrister and politician. Archie was appointed by President Kwame Nkrumah as the Minister of Agriculture and Natural Resources of the First Republic of Ghana. He married Essie (Ester) Smith, who was of Jewish origin emigrating to London from Russia and along with British heritage the family also has Russian blood.

On their maternal side, Ayesha and Kwesi’s family are mostly residing in Ghana, and because of this, they feel that Ghana will always be home.

Over the past few years, Ayesha has established a career across law and the arts. She is an actress represented by Shepperd Fox Theatrical Management, and an award-winning voice-artist.

Currently, she has a legal practice as a solicitor at Wainwright & Cummins LLP specialising in employment law and discrimination law.

In addition, Ayesha is a public speaker, theatre-maker and newly beginning director.

With an interest in diversity and inclusion Ayesha is a trustee of Inc Arts UK. She is former chair and trustee of the Act For Change Project.

Last but not least, Ayesha has created a programme called Afro Archives UK exploring the experience of women with afro-textured hair.