Slights & Others v Crossroads Pantomimes Ltd & Others: A Case Summary

Slights & Others v Crossroads Pantomimes Ltd and Others is a recent employment tribunal case looking at the legal definition of workers. It has linked my legal and creative worlds and opened up a window into the pantomime business. Equity, the British Actors’ union, has successfully brought a tribunal claim against Crossroads Pantomimes. Crossroads is the largest pantomime company in the world. Here is a case summary on this crucial case.

The individuals who brought the claim (the Claimants) held various roles in pantomime productions. Their roles include being performers, stage managers, and part of the technical support for the production. The case centred on the Claimants’ capacity as performers. Via Equity (the British Actors’ Union), the Claimants brought a group claim against their employer, Crossroads Pantomimes (formerly QDos Pantomimes). They argued that they were workers and therefore entitled to certain protections under UK law. In particular they were seeking holiday pay.

Crossroads Pantomimes is the largest pantomime production company in the world. It was arguing that the Claimants’ were self-employed and not workers, which is also what was written in their contracts.

The Employment Tribunal has ruled that pantomime performers are workers. This means that the Claimants (and perhaps others in similar situations) are entitled to holiday pay from their employer. 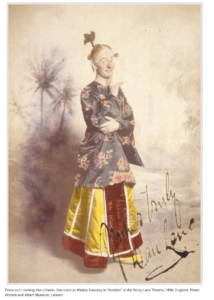 The Legal Issue: Limb “b” Workers

To get technical on what happened, we need to look at what the legal issue was. The legal issue considered in this case was: are the Claimants ‘limb “b” workers’?

’In this Act ‘worker…means an individual who has entered into or works under (or, where the employment has ceased worked under) –

The Nature of Pantomime Theatre in Defining Workers

In addition to the above factors, a respectful definition clarified that the Claimants were considered to be ‘Artistes’ as opposed to ‘Key Artistes’ – Key Artistes being the headline celebrities or pop stars, featured and employed by the pantomime companies for its publicity.

Taken together as a whole, these factual elements meant that the Claimants were sufficiently subordinate and dependent on the pantomime company to deserve the protection of the law and the protection of worker status and be classified as workers. Judge Norris said: 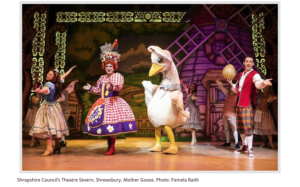 The tribunal decision is fact specific and by looking at the facts of the case, you can see whether it applies to your own employment situation. It will be helpful to read the case in full and so have a detailed understanding of the facts of the case so that you can observe any similarities as to whether you are a worker. Many issues and legal rights go unprotected particularly in industries like the creative industry, where connections and getting along with others is central to obtaining work. Equity exists so that individuals may remain anonymous. It is rare for a case like this to make the headlines and became mainstream news. The fight for protection of vulnerable workers is real and on-going. This case matters because it has raised awareness of legal issues happening in the pantomime business that have left individuals unprotected for a considerable amount of time.

If you have any questions on any employment matters, you can contact me at Wainwright & Cummins Solicitors LLP.