Feminist, activist. Thinker, nationalist. Broadcaster, producer, editor. Writer in Jamaica and England, across the 20s to the 60s of the 20th century she wrote columns, features, reports, poems, manifestos, radio programmes – plays. She edited and published journals, produced culture, and she was the first black radio producer to be employed by the BBC.

Via Equal Stages, I have had the honour of delving into the life of Ms Marson. Learning about her life and most fascinating for me, learning about her plays, has been my main 2021 lockdown pre-occupation.

Equal Stages is “an evolving programme to bridge performance and diversity”. I’ve been working with the team since January 2021. It has been an amazing and empowering experience, a chance to confidently try out new things. There is nothing more meaningful than having others believe in you, take a chance on you, and support you to grow.

I was commissioned to direct London Calling; a play set in London but to date, only produced and performed at The Ward Theatre in Kingston, Jamaica in 1937.

The play is a satire, looking at (among other things) race relations in the UK in the 1930s, and the choice of marriage as a social expectation and the pressure that puts on women’s independence and individuality. It is in three acts and the excerpt we have taken is the whole of Act One.

Una Marson is most famously known for her work at the BBC and even avid fans are yet to fully discover her playwright life. This is most likely due to the plays she wrote being unpublished for a very long time. One of her plays, A What A Price, remains unpublished to this day. Marson’s other two known plays, Pokamania and London Calling were first published in 2016 by Blouse and Skirt Books and it is through this publication that we were able to get going and produce a radio version of an excerpt of London Calling.

This was my first directing job. It was a challenge due to lockdown. Rehearsals were on Zoom and we recorded the whole piece on our phones. However, it turned out great and I’m very happy with the result.

A new skill to grow!

We did a photoshoot for the play with our actress, who played the lead character of Rita Rae, Ann Akinjirin. My dear school friend and talented photographer Helen Boast took the pictures for us. The pictures are taken around Bloomsbury, where the play is set. Listening to the excerpt and looking at these photos help to capture the mood of the play. 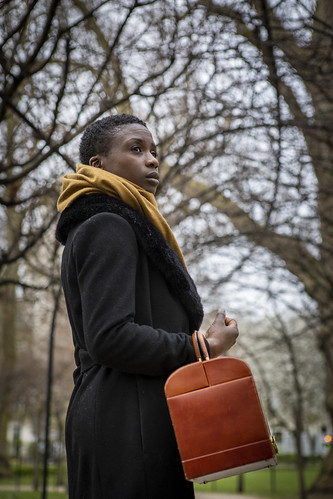 Una Marson and Beyond

In addition to the play, I interviewed Delia Jarrett-Macauley – who has written Marson’s definitive biography. I also co-wrote with Equal Stages founder Nick Awde a podcast on Marson’s life and times with a focused analysis on London Calling.

To learn of Marson’s life has been a great inspiration. Her courage, tenacity and authentic creativity have strengthened my own resolve, not just professionally but personally too. To know of a black woman living in London in the 1930s and doing her thing has meant a great deal.

You can listen to our audio play excerpt on YouTube here. 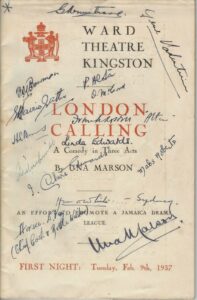 There is also plenty on the Equal Stages YouTube channel to explore. Hopefully more to come!